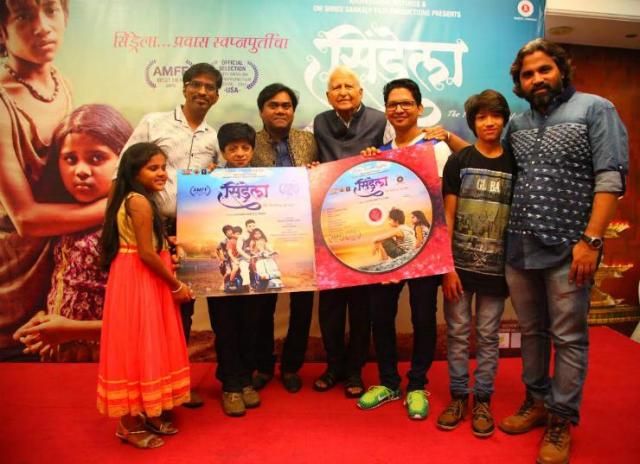 The upcoming Marathi movie – Cinderella is gearing up for its release in the coming month. However, the filmmaker is gearing up with something or the other, which has released its music recently. The film is releasing on 4th December, which is under the banner of Shree Sankalp Film Productions and directed by Kiran Nakti. At the time of its music release, the veteran actor – Ramesh Deo was seen present on the same. The filmmaker has also embarked with its first look of the movie earlier along with giving a number of posters for the same.

Ramesh Deo was impressed with the first look of the film along with the music and was seen appreciating for the same. The two child actors are the main lead of the film, who have given one of the best performance. The director for the film is doing his debut in direction with Cinderella.  The film revolves around the life siblings – brother and sister relationship and the way the life goes while leading their orphan life.