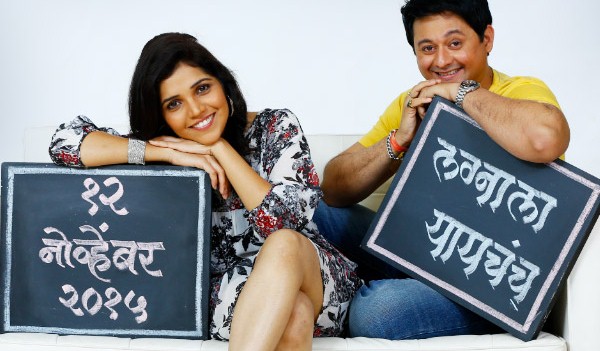 Mumbai-Pune-Mumbai 2 also called Mumbai-Pune-Mumbai -2 Lagnala Yaychach is one of the upcoming movies in Marathi Cinema. It is a romantic drama, which is produced under the banner – Yashlita Enterprises Pvt. Ltd. The film has Swapnil Joshi, Mukta Barve in lead roles and Prashant Damle, Mangal Kenkre, Vijay Kenkre, Savita Prabhune, Asawari Joshi, Shruti Marathe and Suhas Joshi in the lead and supporting roles.

The dialogues and screenplay of this sequel is jotted down by Ashwini Shende, while the music is composed by Avinash-Vishwajeet. Considering a decent response to the prequel in the year 2010, the filmmakers felt of embarking with a sequel which will keep the story rolling forward showcasing the lead actors entering the institution of marriage. Thus the film portrays the life after marriage, which comes in the form of humour and seriousness of the film.

The lead actors of the sequel is considered to be the USP of the film since Swapnil Joshi has been known to give back to back decent movies this year unlike doing good over the small screen as well. The film enjoys a good pre-release buzz in the media, thanks to the good response to the small teaser released in July for the film. Also, the official trailer for the film released last month too seemed well and so is the case of different tracks for the film. The film releases on 12th November 2015.