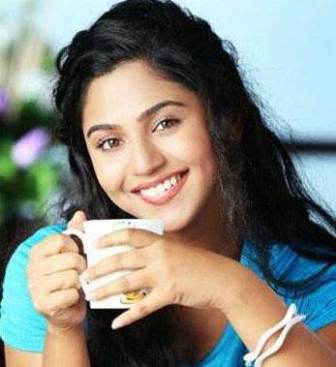 Mrunmayee Deshpande is not an unknown name especially when we talk about the Marathi Movies circles. She was born on 29th May 1988 in Mumbai and brought up in this city and Pune as well. She did her schooling from Renuka Swaroop High school, Pune followed by going to S.P. College in the same city. Since her childhood, she was active in cultural activities and had undertaken training in dance and music, which became the launch pad for her in the acting world. When she was barely 12 years of age, she did her first stage show in her school. During her college days, she participated in a Play called ‘Popti Choukat’ and ‘Conditions Apply’.

The latter was the play, which was performed for the Firodia Cup, the known Inter collegiate competition being hosted by Sakaal group. Mrunmayee was the one who directed this play. She has now worked in a number of Marathi movies along with TV serials and Bollywood films. After her college, she got the chance to work in a Bollywood film called Humne Jeena Seekh Liya in the year 2008, however, the film went unnoticed making it an average grocer. Yet it helped her to get further work in the industry and make her presence felt in Marathi Cinema and small screen.

The very next year she got the role in a Marathi movie EK Cup Chya, and then with a gap of three years she got another film called Mokala Shwaas. Since then it was no looking back for her as she got a number of Marathi movies. These include Sanshay Kallol- Natyancha Gadbadgunda, Dham Dhoom, Aandhali Koshimbir, Pune Via Bihar, Sata Lota Pan Sagla Khota, Mamachya Gavala Jaaoo Ya, etc. That’s not all, she got the chance to do a couple of TV serials, which include Agnihotra aired at Star Pravah and Kunku aired at Zee Marathi. As far as per her personal life is concerned, she is not married still and lives with a family having her sister called Gautami Deshpande.