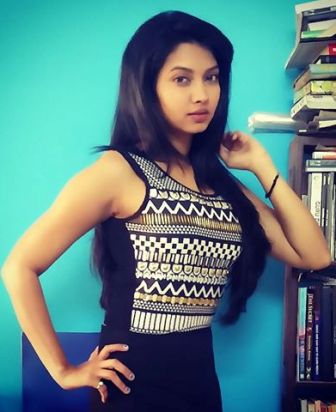 Meera Joshi is a choreographer and actress in M Town. She was born on 13th July 1991 at Ratnagiri and was brought up at this place only. She did her schooling from her hometown and later completed her BA in German Language from Fergusson College, Pune. She has got training in Bharatnatyam when she was seven years old and was also trained in Kathak. Both her parents are bankers and work in Maharashtra Bank.  However, when she thought of entering into this field, her parents were not that keen to allow her for the same. However, she left for Mumbai to pursue her dreams in the creative world.

I am always keen to learn and develop skills of design and manufacturing system, Computer Aided Manufacturing Systems and other modern trends of Mechanical engineering. More than that on – field study fascinates me.  She remained active in cultural activities that soon become the basis of entering into the creative field. In Mumbai, her initial days were tough, she gave loads of auditions but failed to get any break for two years. She then got the chance to work in some choreography projects for her survival but her debut for acting was late that finally worked on the Colors Marathi TV show called ‘Majhe Mann Tujhe Zale’.

She got recognition with the Mi Marathi dance based show known as ‘Khallas Dance, Ekach Nivad’, wherein she was among one of the six finalists. Later, she was seen working as a choreographer for a number of leading shows, which included Hindustan Ki Hunar Baaz, Nach Baliye Season 7,Dance India Dance, Dance India Dance – Little Masters and Eka Peksha Ek Apsara Ali. With her success of her TV shows, she was later chosen as an assistant choreographer for the movies Bajirao Mastani and Simla Mirchi. She helped Priyanka chopra in the film Bajirao Mastani for the song Pinga, in getting her Marathi moves right. She was also seen in Hindi TV shows like Crime Patrol and many other shows as well. Her latest movie in M Town was the youngster oriented film called Youth and ‘Tujhya Vina Mar Java’ released in 2016.