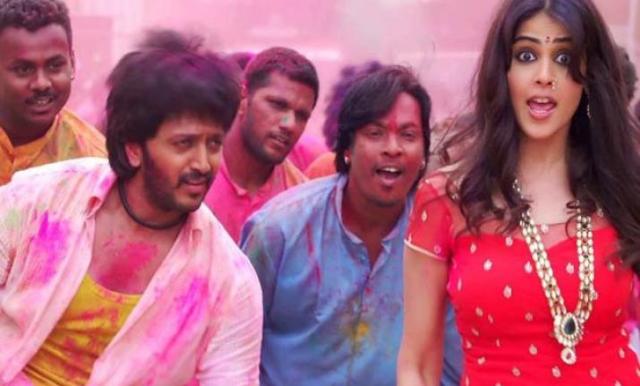 Amidst all buzz, the M Town film Mauli has hit the screens today. The film have Riteish Deshmukh has his own aura and swag in M Town after all he is also a known Bollywood actor. Hence we saw the film working on day one in a decent fashion. The film had a substantial amount of screens in the state and vicinity states as well. This has given a good box office collection on the first day. The ratings were mixed but the star value was good. The promotions for the film were okay and so were other elements that helped the film to do a decent business on the first day.

As per reports, the film opened with an occupancy of 30 to 40 percent in the morning shows and it slowly and steadily soared in the evening shows. Today being working day the occupancy at the end of the day at most of the screens both at the single screens and multiplexes went on to get the occupancy close to 80 per cent. Well, the box office collection for the film was decent. As per reports, the first day box office collection for Mauli went to around 2.5 crores, which is okay figure for the makers on the first day. It should increase in the coming days particularly in the first weekend.

One can expect a better occupancy on Saturday as compared to Friday and on Sunday the highest can be expected coming not just close to 100 percent but would surpass that figure. Thus in the first weekend if all goes well, the first weekend box office collection for Mauli should not be less than 10 to 12 crores. Lets see how things would go but as of now the picture seems going too rosy and would continue going up. However, during the weekdays the collection would come down but still one can expect the movie to collection 1 crore on an average with the collection reaching close to 15 to 18 crore after the first week.