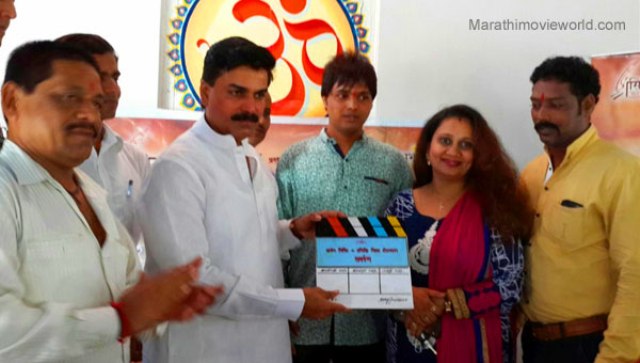 There are several Marathi film makers who are keen in giving the novices a chance in the acting world. One such director is Balasaheb Gore, who has embarked with his next venture called Samarpan with new star cast Vitthal Mandavkar & Shraddha Hande. He is a veteran director who is also the member of IMPPA, while the film is produced under the popular banner of Prasiddi Film Productions & presented by Abhang Productions.

As per the latest, buzz, the film just came on floor recently when the Muhurat was carried out by Rahul Shewale the MP. The director of the film was present during this occasion along with the veteran actress Priya Berde and the lead and supporting actors. The actors like Priya Berde and Mahesh Jadhav were seen in special roles in the movie, while there are other actors who will be finalised soon, which will be shooting very soon.

The story, dialogue and screenplay of this movie are given by Natha Sangolkar along with getting the music from Sandeep Dange, whereas the DOP has come from Shyam Chakaravarty.