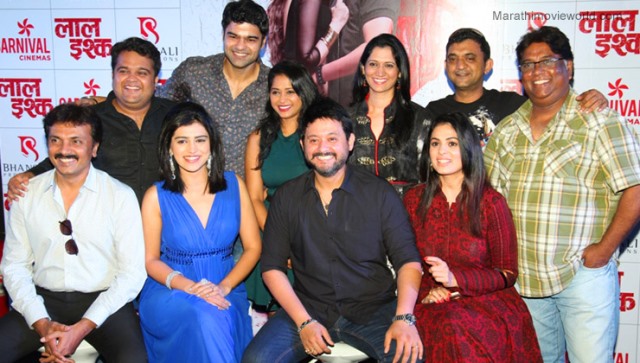 Sanjay Leela Bhansali is known for promoting films in a big way. Laal Ishaq being his film has to go that way when it comes to promoting it. As per reports, Laal Ishq..Gupit Aahe Sakshila is done with its post-production things and now it’s time to promote the film, which has begun with a bang. The film is produced by SLB along with other called Shabina Khan, while it is directed by Swapna Waghmare. In an event to trigger the Laal Ishq promotion, wherein the lead actors Swapnil Joshi and Anjana Sukhani were present along with the entire crew of the movie.

Shabina Khan who is a known dress designer from Bollywood movies has invested as a co-producer in the film was also there along with people of the film. The music of the film has comes from AmitRaj whereas the film also have artists including Kamlesh Sawant, Sameedha Guru and Piyush Ranade and other stars like Jaywant Wadkar, Milind Gavali, Priya Berde, Uday Nene, Farzil Perdiwala and Yashashir Masurkar. Let’s see how things move when the film finally releases at the theatres and as of now, it’s the promotion of the film, which is on a high spirit.