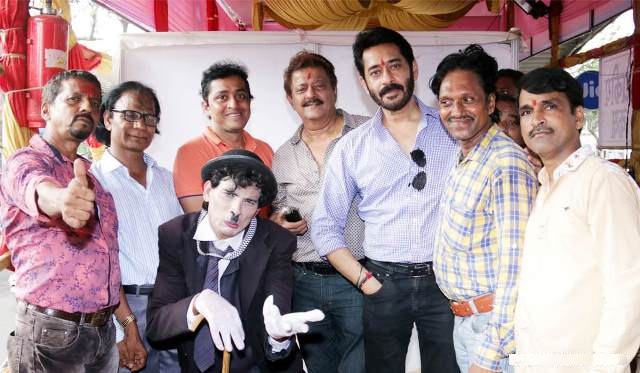 The Marathi movie called Charlie Is Back has finally hit the floors, which was seen in the Lalbaugcha Raja. The Marathi movie is directed by Prakash Bhalekar and stars Ramesh Bhatkar, Sushant Shelkar, Ashok Shinde, Rupesh Palav, Junior Charlie and Sara Shravan.

The film is produced by slew of people including Somnath Swabhavane, Vinod Vaishav and Santukarao Kolte while Rajesh Kulkarni is in the executive producer role. With its Mahurat done, the film will soon gear up in full swing.