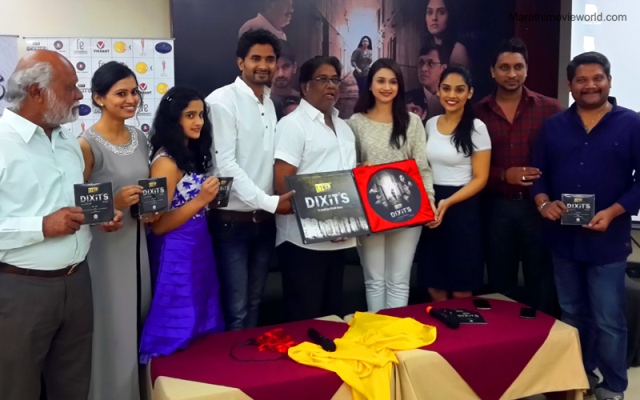 The 9 Star Entertainment a known production company is embarking with the Marathi Film called 702 Dixitis, which seems to have picked up a new plot, which is developed in a very different way in order to cater a cinematic form to give the audience a mystery filled thriller. Not many movies are made on such subjects in Marathi Cinema, hence the 702 Dixits are seen raising up hopes of the regular Marathi audience towards the movie. And the way the film is promoted in the media, it would certainly appear to be one of the best films unveiled on Tuesday along with the music release of the movie.

You may not find too many songs in the film since the film is a suspense thriller, which is produced by Rohit Jail and directed by Shankh Rajadhyaksha wherein you can find only three songs in the film with the music of Shubhankar. The film is releasing on 15th January 2016. The star cast for the film include Gauri Nigudkar, Pallavi Patil, Vijay Aandalkar, Shrirang Deshmukh, Jaywant Wadkar, Ruchi Jail and Vikram Gokhale. Let’s see how the response for the film will go with this movie.