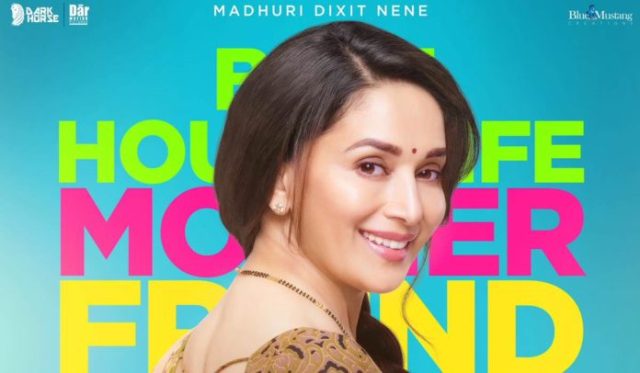 Yes you heard it right, after making loads of buzz in the Bollywood, the Dhak Dhak girl is all set to make her entry into the M Town film. The lady called Madhuri Dixit Nene although has been active in Bollywood but has represented the Marathi Manoos and its culture to the world by staying in US and visiting a number of other places apart from representing the Bollywood as well. She has ruled the Bollywood which happens to be the biggest film industry in the world. When she shifted to US she was disconnected for a while yet traveled to India to pursue her dreams to work in B Town films.

Now when she is back to India she is now making her debut in Marathi Cinema. So, better late than never, she has a film in her kitty called Bucket List. The makers have already released its posters in the social media which has garnered a good response in the media. The man behind the direction is none other than Tejas Prabha Vijay Deoskar, while it is all set to hit the theatres in Summers 2018. The tagline of the movie is ‘Majhi Tumchi..Aplya Saglyanchi’ and the lady would be portraying a middle aged house wife. As you check the poster, one can find some tags like mother, housewife and sister or friend that defines her over the silver screen of M Town.