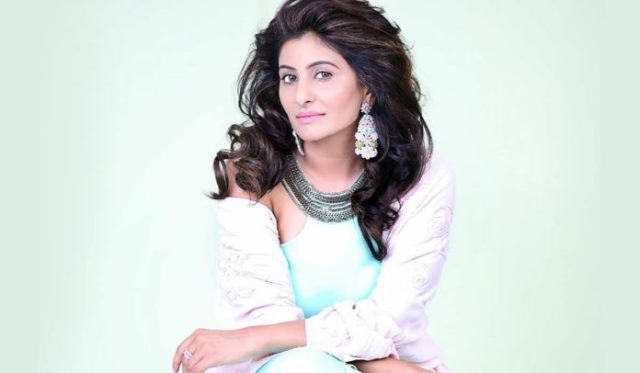 Poonam Shende is not an unknown name in M Town. Though she has been in the profession of interior designing but her passion for film making made her enter the M Town. On the other side, one can find her to be a hot lady, which made her try her luck in modeling. She was seen trying in the reputed Haut Monde Mrs. India Worldwide Pageant and interestingly she has bagged the title for the same.

She was contesting in a competition when more than 500 contestants had participated in this competition all across the world. The contest was seen in three stages and thus witnessed at three different destinations including Mumbai, Dubai and New Delhi. She was proud to receive the title from the none other than glamorous actress from B Town Zeenat Amaan,  while  Poonam Shende had bagged the prestigious ‘Haut Monde Mrs. India’ worldwide 2016-17 beauty pageant.