Killa Marathi Movie will be screen in MIAMI 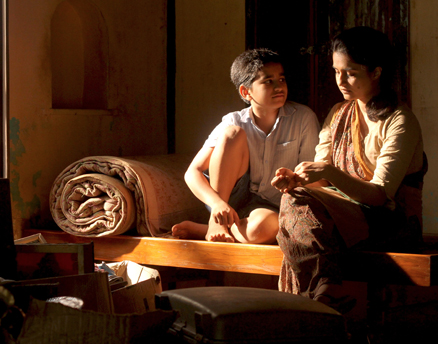 Killa, directed by Avinash Arun has been selected to be screened in the Mumbai film Festival ( MAMI). This is not the first time that the film is in news. Recently it was showered with lots of praise and awards at international film festivals. At the Berlin film festival held this year, it was highly appreciated and it received Crystal Bear award and was noted to be one of the most popular films in the festival. The release of the film in India has not yet been finalized but such awards for the film has surely raised lots of expectations for the audience. There is lots of curiously among the Marathi audience to watch the film. The filmmaker said that they will soon finalize a date for it releases in India.

Killa is a story about a mother and a son who relocate to a new city after the death of the father. Their adjustment to the new place and the difficulty they face during the phase of adaption forms the foundation for the story. Amruta Subhash plays the mother and child actor Arshit Deodhar plays the son. Director Avinash Arun is on cloud nine following the success of the film. Now he eagerly waits to see the response of the Indian audience to his work once it releases in India.

Previous Is Rani Mukharji ready for another Marathi film?
Next Milind Gunaji