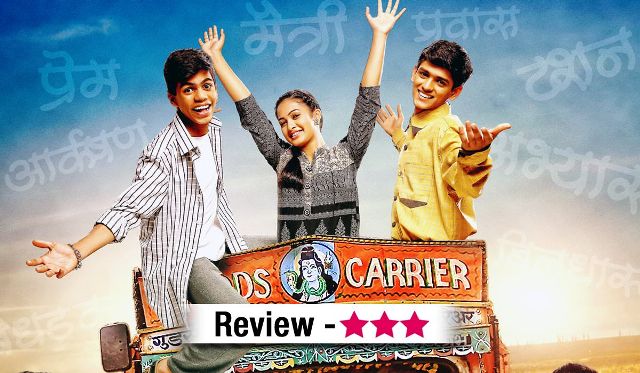 Kaul , the calling, is an invocation of the superior powers of nature and universe. Men in he konkan region of Maharashtra, practice the act of addressing god or nature through their mystical. They have a mysterious communion with nature asking question and receiving answers in messages from these forces. Kaul explores the human psyche, the journey of the mind through various mediums.

Directed by Adish Keluskar, Kaul is indeed an experiment as there has been not many films in our times that unravels the  relationship between the mind and nature’s forces. Kaul features the Gurav, of Konkan region who beckon various mysterious forces to solve earthly mysteries. The story is about a recently married school teacher who experiences weird pangs from his past and hampers his social life. He is entangled in the web of life and spirituality because of his erring mind. His search for the eluding answers takes him to the Guravs. And will he really find his answers? That is what Kaul explores.

The protagonist reaches an old man who is a mystic. The teacher finds the keys to unlock his past memories and the way to deal with the erring of the mind. But as he progresses, there are more questions and mysteries waiting for him.

Kaul is novel in terms of techniques and technology in both storytelling and visuals and sounds. The film makers have indeed experimented and surely it has made the film enliven with beautiful effects that transcend the boundaries of the imagination. The technical team indeed needs appreciation for the innovation.

The performances are worth appreciation. The lead characters played by Rohit Kokate, Deepak Parab, Makrand Kajrekar, Saudamini Tikle realistically bring out their potential in a story that demanded powerful yet subtle performances.

Director Adish Keluskar is man with a vivid imagination. He makes a skillful effort to bring to the screen the journey of self realization. Adish is also the writer of the film. His way of story telling is beyond the usual methods. He has experimented with the narration and script. There is the right amount of freshness and grasp in the screenplay that keeps the audience engrossed.

Music by Manan Munja speaks volumes. With simple yet powerful sounds, the music echoes in your mind even after you leave the theatre.

Watch Kaul for it’s unusual theme and for some brilliant performances. Promoted in a low profile manner, the film, rings a bell in your psyche. It is successful experiment in the genre of realistic fantasy.