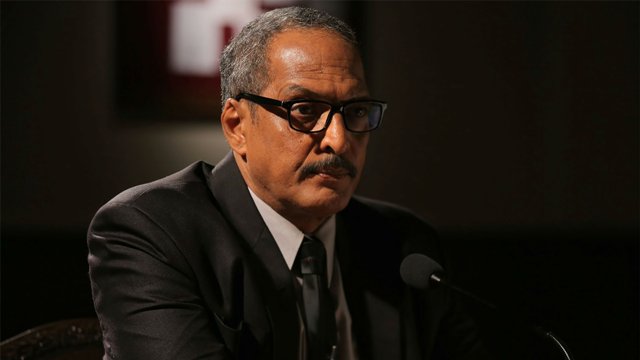 Nana Patekar is known for his Bindass attitude apart from his exceptional acting. Nana has time and again spoken on relevant issues in public. This time Nana has made a bold statement with respect to the comment made by actors like Salman Khan. But of course he has not pointed out anyone.

Nana said in a statement that media should not emphasize on remarks of actors who spoke on the ban of Pakistani artists in Bollywood. It is the country that matters not the opinions of various artists in the field. Nana said the artists are like insect when it comes to the interest of the nation.

The Jawans are the real heroes, said Nana. As long as the safety of the country is assured one has to give least importance to the opinions and various artists and  others.

After Indian film producers association banned Pakistani artists from working in Bollywood, various artists from Salman Khan to Kangana Ranaut have voiced their opinions. Salman recently made a statement that as long as Indian government allows work permit visas to these artists; they should be allowed to work in Bollywood. Nana’s comment was indirectly pointed towards Salman’s remark.