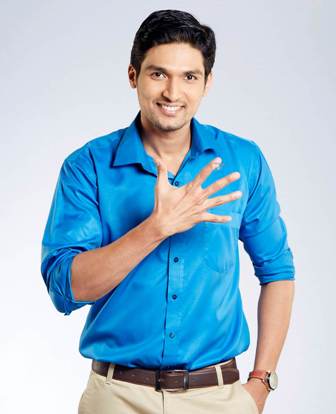 Harshad Atkari, is a known Marathi actor who has been born and brought up in Mumbai. His birthday date is 17th October 1987. He has completed his schooling from Mumbai itself while completed his graduation in Management studies. His height is around 5 feet 11 inches. His debut into the acting world was really late, but with is acting talent and performance, he won the best actor award for the film Durva in the year 2013. In fact, this started with his early days in the world of acting as he commenced his journey in the Marathi acting world this year only.

Before he joined the small screen of Marathi, he used to be an active member of theatre and has done a number of plays in Marathi and Hindi apart from being the part of certain drama short films. Talking about his memorable roles in Marathi TV show, it include As Keshav in the Star Pravah Marathi Serial Durva. Now talking about his personal life, he is still to get married as he is keen more on focusing on his career rather than on things like dating or getting married.

Talking about his TV show called Dhurva, it is a political thriller which has a story focusing the two families involved in politics – The Patil and Kshirsagar. They remain the arch rivals in the city and are seen contending each other to be at the top. In this show, the factor of money plays a vital role, which is being shown in the TV show.