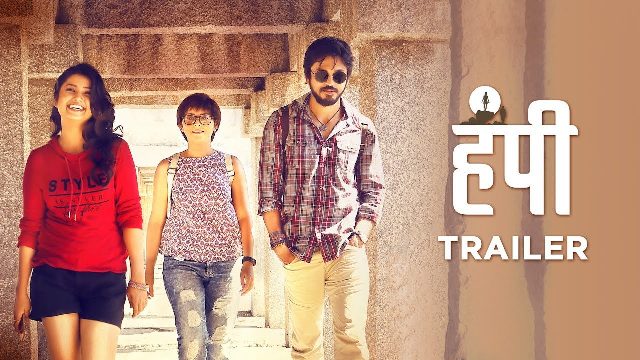 We know about the film Hampi starring Sonalee Kulkarni, Lalit Prabhakar, Priyadarshan Jadhav & Prajakta Mali in the lead and supporting roles. The makes of the film have released the trailer just a few days before. The story of the film is lesser known in the media but on the face of it we know it has something to do with the tourist place called Hampi. It talks about the lesser facts and things about the tourist place. Besides, the film also has an important character with the same name in it. It showcases some kind of positivity seen in the life and the character of Hampi played by Sonalee Kulkarni.

As you check the trailer, it seemed very much refreshing and new having Sonalee Kulkarni, Lalit Prabhakar, Priyadarshan Jadhav & Prajakta Mali. In the film we find Lalit Prabhakar in the character called ‘Kabir’ who happens to be a free spirited wanderer. Whenever he finds Hampi, he instantly feels connected with her. The characters of Priyadarshan Jadhav and Prajakta Mali also happen to be vital in the story. The trailer of ‘Hampi’ is seen reminding us about the Marathi film which is truly exploring unknown territories now.

One of the strongest aspects of this trailer is the enticing chemistry between the lead stars Sonalee & Lalit, of course their characters. Though they come together for the film for the first time yet they seem to complement and extend with each other beautifully. The film ‘Hampi’ is directed by the popular filmmaker Prakash Kunte who hs given a number of movies earlier including the films like ‘Coffee Ani Barch Kahi’ & ‘& Jara Hatke’. Unlike his earlier movies with Hampi one can expect a film, which has an instant connect with the young  audience. Enjoy the trailer and let us know what do you feel about it.