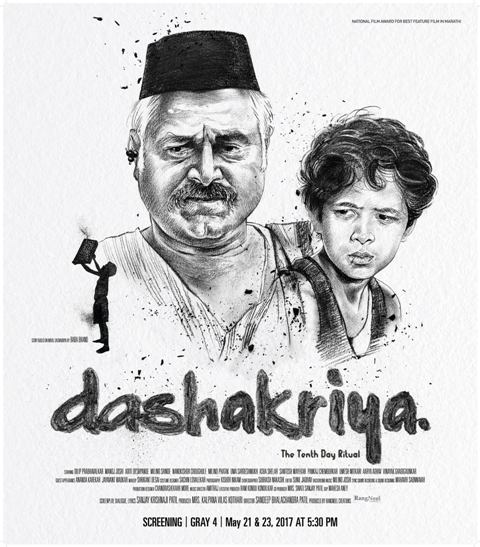 The film Dashkriya has been applauded with three National Awards which include the Best Feature Film, the Best Screenplay and the Best Supporting Actor for Sanjay Krishnaji Patil. This certainly gives an impression that the film somewhere and in many ways is living up to the expectations. So, when the makers released the trailer for the film, it seemed to be an impressive piece and soon created a buzz in the media for its content for the film that is made on a strong social message. As you check the trailer, you get to see the best part of the film is that it has been neatly crafted and timed.

The trailer was able to give the best idea about the entire environment of the movie along with its social context and the story. The makers who have giver some of the best films like Jogwa are back with another film called ‘Dashkriya’. This time they took all the time to embark upon the next film and it seems that their good amount of time they had taken seems to have come on a right path giving them the best film getting applauds from the different quarters of the media. The film is written by Sanjay Krishnaji Patil who is also involved in other things.

This trailer simply catches the attention of the audience and has been made to give you the best of the glimpse of the social entertainment and picture in the B Town. The film deals with a sensitive issues like the class differences along with the religious sentiments, rituals and customs. The film has Manoj Joshi who has given an incredible performance after all he happens to be the man who has won the National Award for his character in the movie. And as you check the young child in the film, he also looks cool in his role and performance. It will be a great catch when the film finally hits the screen by the end of this year.

Hampi Trailer : The Sonalee & Lalit Chemistry is Worth Catching up