Half Ticket adopts some smart marketing 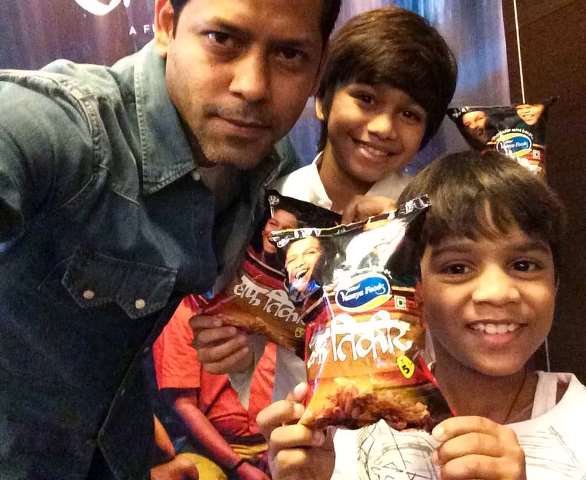 One thing in which the M Town films are lagging behind is the marketing of the film. Hence one can find a number of movies hitting the theatres which are good but fail to make a mark in the media, which makes the audience miss these movies. This is really hurting though many people in the M town also demand for getting a subsidy for marketing of their films from the government, which many would rather feel and awkward thing to do.

It’s time to change the poor marketing strategy, which the M Town films have been the victim from last so many years. However, the modern days Marathi movies are seen changing with the pace of time and Half Ticket is the classic example to this. The marketing team of the movie now embarks with a Video Palace which is seen distributed by the reputed production company called Foxstar Studios that has come up with something interesting and innovative ways of marketing their movie.

The group has tied up with the food company called Vasaya Foods that produces Fryums and have embarked with more than a million packets with the Half Ticket Wafers packets before the launching of the movie. These packages will be having the poster of the Half Ticket seen over them. The strategy also helps in targeting the kids and youth who are often the consumers of this product called Fryums all across the state. This is indeed the out of box idea of promotions for the film.