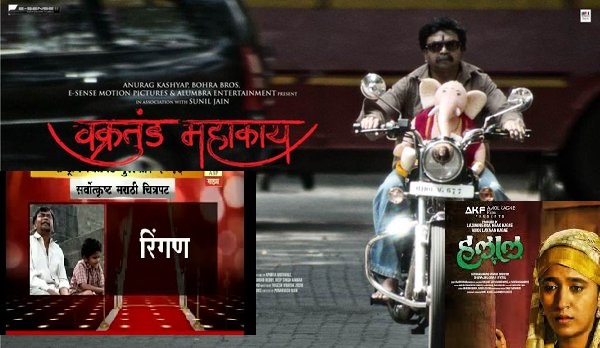 The Marathi Cinema seems to be giving some really good movies in terms of rich content and high quality script. There is no surprise see the films being applauded by not by local people but also at the global levels. Interestingly, three movies were chosen to be screened over the prestigious Cannes International Film Festival, which is scheduled in between May 11 and 22, 2016. These films include Halal, The Quest & Vakratunda Mahakaay, which are supposed to be screened at the said festival. This has simply made the whole Marathi Cinema proud about the same and all are excited about the news, which was confirmed by the cultural ministry of MS Mr. Vinod Tawade.

The chosen film include Vakratunda Mahakaay, which is directed by Punarvasu Naik has already hit the theatres last year in the state, while the remaining two are yet to be released. The Marathi Film The Quest (Ringan) is directed by Makarand Mane, which has already bagged the National Award for Best Marathi film. Apart from being chosen for Cannes Festival, it is also screened at The Stuttgart Indian Film Festivals a couple of months before. Now talking about the third film Halal, it is directed by the award winning director called Shivaji Lotan Patil. also the other Marathi film by Gajendra Ahire called The Silence is on the stand-by.