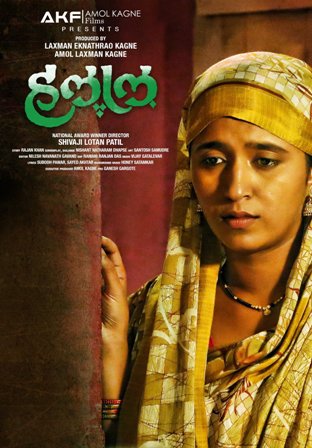 The M Town is not short of good movies releasing this year. This certainly include the one called Halal, which was recently was screened in Pune International Film Festival gathering loads of applauds from different corners. The film is directed by Shivaji Lotan Patil, which is produced by  Laxman Eknathrao Kagne and Amol Laxman Kagne. The film has Chinmay Mandlekar, Pritam Kagane, Priyadarshan Jadhav and Vijay Chavan in the lead roles, while the actors like ChhayaKadam, AmolKagane, VimalMhatre and Sanjay Sugavkar are seen in the supporting role. The film has the music from Vijay Gatalevar, while the lyrics was given by Subodh Pawar and Sayed Akhtar.

The film showcases the family system of Muslim, which is certainly an unusual topic to deal with in any Marathi Cinema. Perhaps, it has some social message in it and one can expect some tangible content rich film to be released under the title of Halal. The release date of the film is still to be declared, while the songs have been sung by singers like Adarsh Shinde and Vijay Gatlevar whereas the dialogues come from the pen of Nishant Natharam Dhapse, the Director of Photography is Ramani Ranjan Das, the editor is Nilesh Navanath Gavand and the Executive Producer isAmolKagne. Stay tuned to catch up more about this film and other happenings in M Town.