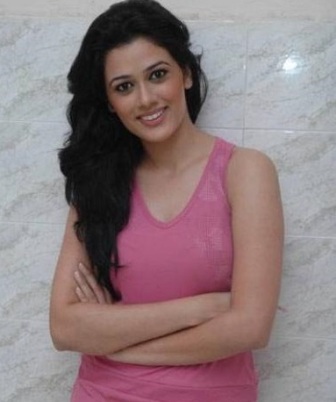 Girijia Oak is a known Marathi TV and film actress who is also known for her incredible performances in films like TaareZameen Par and Shor in the City. She hails from Nagpur wherein she was born on 27th December 1987 and brought up in this city. She did her schooling and college from Nagpur followed by completing her degree in business management. She then joined the theatre workshop and soon entered into the advertising world. Since she was keen in making her career in acting, she opted for modeling, which eventually took her inside the acting world. After completing her education, she shifted to Mumbai to pursue her dreams of becoming an actress.

She started working with an early age of 15 when she got the chance to enter in M Town with films like Goshta Choti Dongraevadhi. Her performance was applauded giving her other films including Manini, Gulmohar and Adgule Madgule. In fact, these films can be called out as her teen films, which made the base of entering into the silver screen as a grown up actress. Her first Marathi TV show includes Lajja which was aired at Zee Marathi with actors like PiyushRanade and TejaswiniPandit. She played the character of a scandal victim which was applauded a lot giving her other worlds as well.

Unlike the regional industry, she got the chance to work in Bollywood as well, which started with the Aamir Khan Productions’ film called Taare Zameen Par wherein she played the character of Aamir Khan’s colleague called Jabeen. Her next venture in B Town was Shor in the City. Then in 2013, she got the chance to work in Cycle Kick, and the latest one was the Marathi venture called Navra Maza Bhavra. As far as her personal life is concerned, she is married to her old friend called Suhrud Godbole and the couple has no kids.