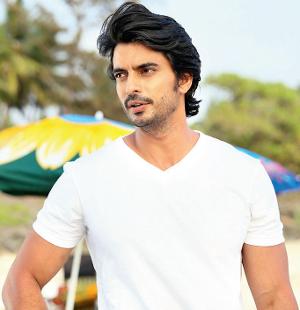 Gashmeer Mahajani is a popular actor, play director and dance. He was born on 8th June 1985 in Pune. He comes from the known actor family of Ravindra Mahajani. He did his schooling from Abhinaya Vidyalaya, which is based in his hometown Pune itself and later went on to do his college from BMCC Pune.

Gashmeer then worked at Prithvi Theatre based in Mumbai before entering into the TV and Silver screen world. Apart from being an actor, he is also dance trainer and martial art expert who have even directed a couple of Marathi plays. He is married to Gauri Deshmukh in 2014.

Gashmeer Mahajani has started his career from the Bollywood film called Muskurake Dekh Zara in the year 2010; however, he got recognition with the film Carry on Maratha in 2015. His debut in Marathi films started with the movie called Deool Band. After his first Hindi film, he took break and got engaged in theatres at the Prithvi Theatres based in Mumbai for around four years. This is the time when he directed a couple of Marathi plays. Some of his movies include Deool Band and One Way Ticket the latter is yet to be released and expected to hit in 2016 itself. He also worked in one TV serial called Chitra Gaurav Puraskar – Dance performance.