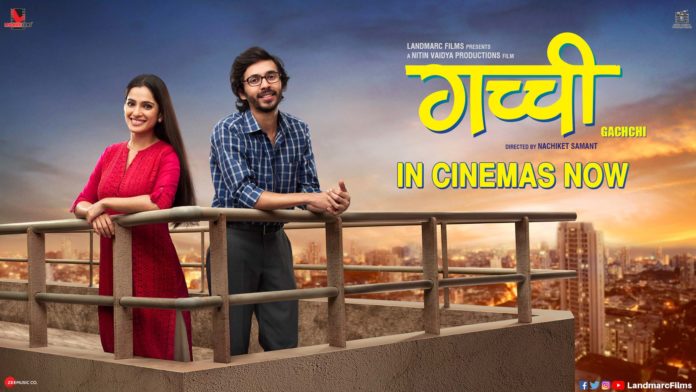 The film Gachchi deals with a real yet unpredictable kind of situational comedy about a single day in the lives of two strangers called Shriram and Keerti, who are not only troubled but also conflicting. The duo get a chance to encounter at a strange place called as a terrace and hampers each other’s lives. So, will the troubled be able to sort out one other’s dire and unsolvable issues and somehow would be able to manage to end the day much better than they started it.

Gachchi that means terrace can be called as the latest and upcoming movie that are seen having a desolate and peaceful place over the top of every building has the Terrace (Gachchi in Marathi). The film Gachchi happens to be the place wherein you can spend a lot of moments of your life aways from the very much hustle of the high end city life. However, what if this terrace of Gachchi turns out to be the central plot for two strangers to solve each others issues. The film is produced by Nitin Vaidya, while the production and presented by Vidhi Kasliwal with the banner of Landmarc Films. Now, talking about the performances of the film, both the lead actors have given the best of the performance over the silver screen. The other actors too have done justice to their performances, while the script seemed remaining gripping for the audience giving less loo break.  The other elements of the film including the music, screenplay, lyrics and editing seemed perfect for the audience that ended up increasing the entertainment value of the movie to a great extent.