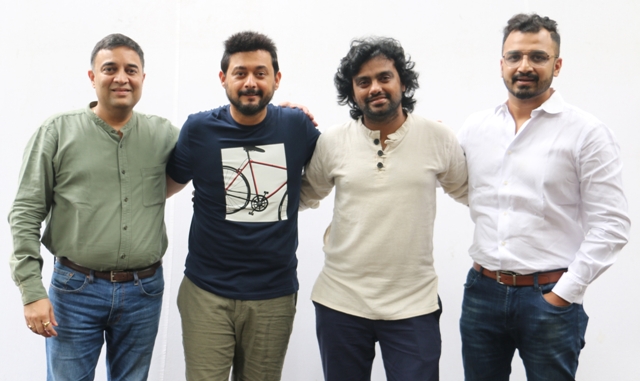 Marathi audience will soon have the feast of a film in an entirely different genre releasing early next year. Produced by Arjun Singgh Baran and Kartik D Nishandar of GSEAMS, ‘Bali-The Victim’, the film will have Swwapnil Joshi in a lead role. Film’s first poster released recently has received overwhelming response on the social media. Lapachhapi, Criminal Justice-fame Vishal Furiya is directing the film.

The first poster depicts a Cross in it, highlighting the background of serious happenings around the scene. The poster gives an idea about its release in 2020. The curiosity about the story of the film and the look and role of the ‘Chocalate Boy’ Swwapnil Joshi has gone northward in the minds of the film lovers and has created a buzz in the industry.

Talking about the film, Swapnil Joshi, said, “I had promised audience of the Marathi film to explore new genre this year. This film is a small step taken by me in that direction. I am very happy to get into the horror space. I am more happy that I have got an opportunity to do it with my favorite people like Kartik, Arjun and favorite director in this field Vishal. I am sure that we together could ‘scare’ the people making them enjoy it.” 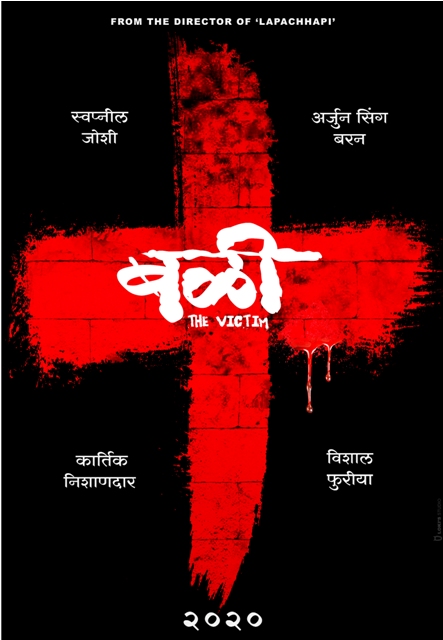 Director of the film Vishal Furiya had directed Marathi film Lapachhapi recently. It was his first film and had been hit on the silver screen. He has also directed Criminal Justice, the popular web series, with Tigmanshu Dhulia.

“Lapachhapi was well received by the Marathi audience proving that they love the horror genre. Appreciating it, I really want to continue making horror films for the Marathi audience. With a star like Swwapnil, who has been loved by the audience, on board and maverick producers Arjun and Kartik backing my second horror film, I promise to make it bigger and scarier than Lapachhapi,” said Vishal Furiya, director of the film.

Arjun Singgh Baran and Kartik Nishandar of the GSEAMS (Global Sports Entertainment and Media Solutions Private Limited) are the producers of the film. Mogara Phulalaa, Vicky Welingkar, Fugey, Tula Kalanar Nahi, Ranangan were the films produced and the film Bhikari was presented by the GSEAMS. GSEAMS is Maharashtra’s leading studio into film production and presentation, Television production, talent management, film marketing and promotion and satellite coordination.

Arjun Singgh Baran and Kartik D Nishandar said, “We are happy to venture into a new genre of Horror films. What could be a better choice than having Vishal Firiya as a director after his success as director of Lapachhapi. The film is considered as one of the top ten horror films in the country. We also have one of the top actors in the industry Swwapnil Joshi in lead role. He is like a family member for us. Even for him, this would be an opportunity in his career to explore a different genre.”