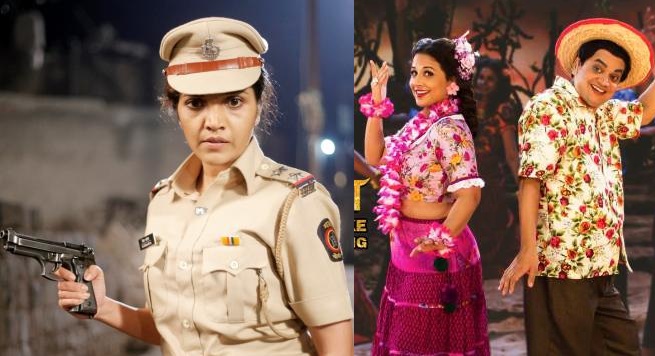 The M Town has two movies to release today, which include the most awaited biopic film called Ekk Albela, while the other is of the film called Ganvesh. Both the films are of different nature, which caters a different class of audience of M Town. Though these two films are restricted to Marathi speaking crowd only, yet the former one would appeal to the masses for being made in bilingual (Hindi and Marathi).

Let’s talk about the former- EkkAlbela. The film has one of the interesting star casts, which certainly has Vidya Balan in it doing a cameo starting her debut in M Town films. The film has a decent buzz in the media, which helped the film to garner a good collection of moolah at the box office. As per reports, the first day box office collection of Ekk Albela tolled to around 1.5 crores, which is likely to toll high in the coming first weekend of the film.

Now, let’s talk about the other release of M Town called Ganvesh. The film is a social drama, which is certainly not a typical entertaining film, which can have a buzz in the media. The performances of the lead actors in the film could be good but it failed to attract the audience. People do not want sermons in the name of movies especially in regional cinemas like Marathi films.

This is the very basic reason, why it can be called as a niche movie attracting a handful of audience. As per reports, the first day box office collection for Ganvesh tolled to around 70 lakhs, which can increase with the positive word of mouth buzz in the media. Let’s see how things would prosper in the coming days especially when we have too many Bollywood films releasing the same day along with Hollywood films as well.