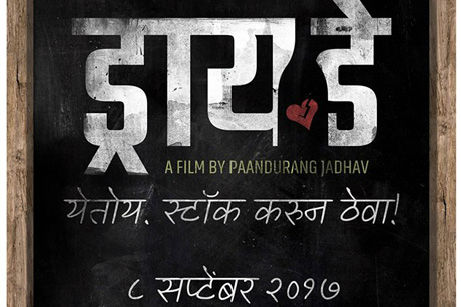 Synopsis: The M Town will soon going to have a movie called Dry Day. This is not the first time when the Marathi filmmakers have used the English title, the fact is there are many and this one is the latest addition in it. The film is musical drama, which is directed by Pandurang Jadhav, which is produced by Sanjay Patil while it is produced under the banner of Anandsagar Production House Pvt Ltd. The film has an interesting and big star cast, which include Rutwik Kendre, Kailash Waghmare, Yogesh Madhav Sohoni, Parth Ghatge, Chinmay Kambli, Monalisa Bagal, Ayli Ghiya, Arun Nalawade and Jairam Nair. The story of the film is by Pandurang Jadhav, while the Screenplay and Dialogues are carried out by Nitin Dixit. The film is hitting the screens on 10th November 2017, while the Cinematography is carried out by Nagaraj M.D.

Now talking about the plot of the film, we have nothing much to discuss as the makers have not revealed much about the film. The makers have made sure that they will not release anything about the film till it finally hits the trailer and even the film at large next month. Now, if you talk about the movie, we have not much to discuss except the fact that the film has its own whims and fancies and that it has created a decent amount of buzz in the media. Thanks to the short teaser released in the media, which seems to have added some kind of buzz element. Do let us know about the content or anything you wish to say about this film, we will be waiting for your comments, so rush.