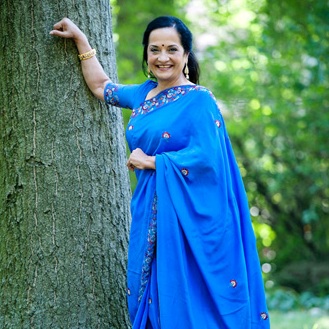 Dr. Meena Nerurkar is no more an unknown name in M Town. She is professionally qualified as a gynecologist but her passion for acting and filmmaking made her enter into the M Town. So, she is an actor, director, author, dancer and choreographer to name a few about her career in acting. However, she never left her original profession of a gynecologist and shares her expertise  at different medical conferences as well. She hails from Pune wherein she was born and brought up and did her medicine from the same city. However, when she was an established gynecologist, her interest brought her in M Town.

She has done a couple of roles in both Hindi and Marathi movies, TV shows and plays. The Bollywood movies wherein she worked include English Vinglish along with a Hollywood movie called Sleepwalkers Anonymous, Dr. Ravi & Mr. Hyde to name a few. Her upcoming movies in M Town include Jay and A Dot Com Mom (Marathi). The TV serials include One Life To Live (2011) and Commercial for a marketing company Sai-global (2009). She also loves theatres and some of the  plays she did in her career include Awagha Rang Ekachi Zala, Hicktown Cha Ganeshotsav, Sundara manamadhe Bahrali, Soor Maaze Sobati, Sahyadriche Swagat, Vasundhara, Shanti Doot and Maaze Maher Pndhari.

The Adishakti Award -For Lavani dance form in the year 2000 followed by another Rajiv Gandhi Foundation award  and the Natya Darpan Award -For completing 100 shows of Marathi play ‘Sundara Manamadhe Bharli in the year 1998.