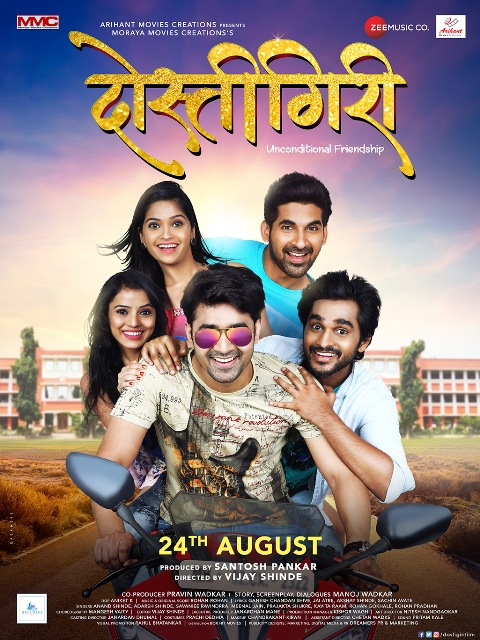 The film deals with young people and their friendship while they stay in their college. It revolves around several incidences that takes place in their lives and the way it put an impact in their personal life. So, what happens when series of incidences touches their lives, how on earth would they react and act, the film talks about this only. Let’s wait and watch to see things moving in the right direction.

Though it is common to see such genre movies to get its release in M Town revolving around the life of students, but with this film of similar genre things are different. The fact of the matter is that this film has unique USP that comes in the form of good script and nice story. One may find the film giving surprises rather than becoming predictable over the silver screen that somewhere binds the audience in a big way.

The ensemble star cast too is the other USP of the film, however, except the lead actors in the film, others failed to impress the audience thanks to their degraded performances that kept on adding mess over the screen. The other factors like music, screenplay, dialogues and other things remained okay not that impressive to make things par for the audience. Similar is the story with the screenplay, editing, photography and music. This has somewhere hampered the entertainment value of the film in a big way.

Though the film Dostigiri promises all the stuff any young audience from M Town would imagine, but it lags behind in many ways. Except the story, the other elements seemed improper that make things right in the best direction. So, what really goes in the film is interesting to catch.

Veteran actor Vijay Chavan is no more, he was 63