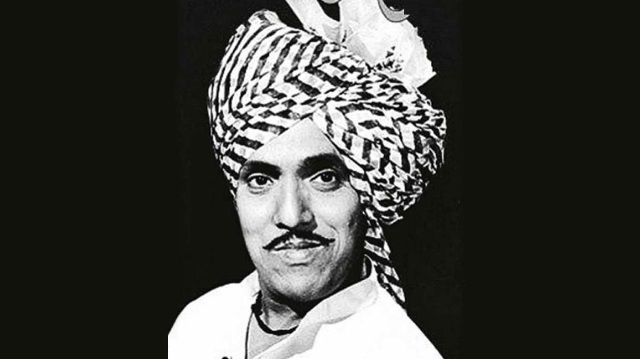 Krishna Kondke was a famous Marathi actor and a film producer. He is popularly known as Dada Kondke. He was born on 8th august in the year 1932 in Naigaum, near Lalbaug,Mumbai(Village-Ingavali,Tal Bhor,Pune). He was one of the most renowned personalities in the Marathi film industry. He is an actor,director,lyricist,producer and a writer. His was married to Nalini Kondke,but later they got divorced. He was born in a middle class family owning a grocery shop and also owners of chawls in Morbaug area of mumbai.

Kondke was a tough kid who later took up a job in a local grocery retail chain called Apna Bazaar. Unfortunately, at an early Kondke lost his family due to some unfortunate events. And then Kondke started his entertainment career with a band and then worked as a stage actor. Kondke was involved in several cultural activities of Seva Dal which was a congress party volunteers organization. And then during that period he also met some Marathi stage
personalities including Vasant Sabnis who was a famous Marathi writer. Later, Kondke started his own theatre company, and approached Sabnis to compose a drama script for him. Kondke acted in a drama named Vichha Majhi Puri Kara. This drama went on to play over 1500 shows all over Maharashtra and made Kondke a star. Then he debuted in the year 1969 in the Marathi movies through a role in Bhalji Pendharkar’s movie Tambdi Maati
which won the National Film Award for Best Feature Film in Marathi. He then turned producer with the film Songadya in the year 1971. Some of his famous films are Tambdi Maati,Songadya,Ram Ram Gangaram,Bot Lavin Tithe Gudgudalya,Hyoch Navra Pahije,Tere Mere Beech Mein,etc., and his last movie Le Chal Apne Sang which is directed in hindi and this film is produced by Sunita Kondke.

Dada Kondke was entered in the Guinness Book of World Records for the highest number of films(nine) that achieved silver jubilee(running for 25 consecutive weeks). And he was also credited for introducing the genre of sex comedy to Marathi cinema and India cinema. He wrote some songs as a lyricist. Some are “Manasa paras medhara bari” and “Chalara Vaghya”. On september 30,1997,Kondke suffered a heart attack at his residence Rama Niwas in Dadar,Mumbai. And then he was rushed to Shushrusha Nursing Home, and there after sometime he was declared dead. And at that time, Kondke was working on the film Jaraa Dheer Dhara with Usha Chavan