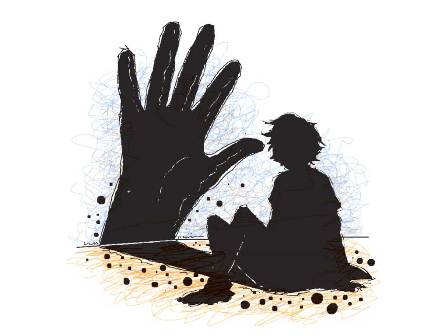 What a shame it is, some fellow people seems to have lost their minds or have cross the limits of Humanity. I know these words and statements are actually sounding something really annoying but believe me guys as soon as you’ll go through the stuff you’ll actually feel like hatred like anything. We are not talking about a common girl, and not even about a girls of high class society but it’s all about an innocent girl who has just taken a step towards Marathi industry and was rolling all over the town with her name as an upcoming venture of industry. But, her destiny has written something really painful for her. Check this out what actually happened with the celeb right here..

As per the sources, there were five people in a group who in turn allegedly gang raped a small-time Marathi actress in Paithan. Moving deeper into the reality of incident then as per the sources the actress was rolling with the shooting of here looming movie named ‘Lahanpan’ in the locales of Ambad village of Paithan, a tehsil located in Aurangabad district since two months. Tough the movie was rolling with the directions of Anand Maghade, who approached one of his friends named Govind Chitlange in order to arrange an actor for his upcoming movie and with this Chitlange brought in the actress who hails from suburban Mumbai. But, later on when the innocent actress called him for the fee, he called her secluded place in Paithan where she was allegedly gang raped by Chitlange and four of his friends – As per the sources. However, the case has been registered against them out of which only Chitlange is only person who’s been grabbed by police whereas the other four are still in the air.