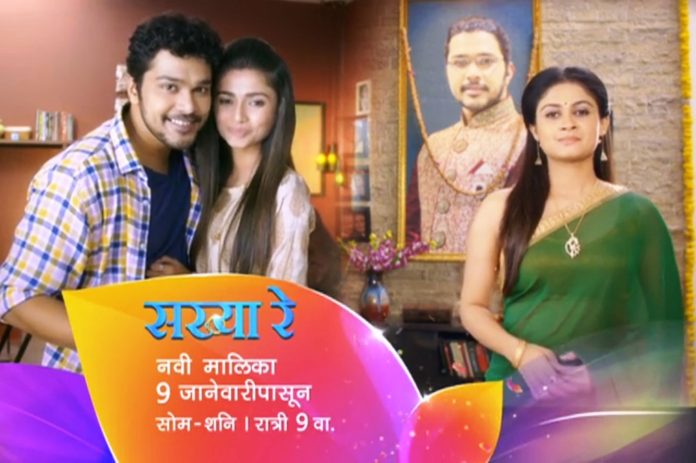 Colors Marathi is coming up with another new show, a romantic family drama. Titled Sakhya Re, the serial’s trailers have been released. It has known faces like Suyash Tilak , Ruchi Savarn Mohan and Dnyananda Ramthirkar. This serial is also in the news as the veteran actress Rohini Hattangadi will be seen returning to Marathi TV after a long hiatus. The actress who is now less active on television and movies is one of the reputed thespians of Indian Cinema. The actress, having played the role of Kasturba Bai in Richard Attenborough’s Gandhi , has won many awards for the same.

Rohini Hattangadi’s presence is surely a highlight for the show. Besides, the serial’s poster has the tagline: One Morning, Two dreams. One complete, another incomplete. The promos show Suyash Tilak as the love interest of both the female leads but in a slightly twisted story sequence. It will be interesting to see the story unfold with the backdrop of family drama.

Sakhya Re will go on air from 9 January 2017. It will be telecasted in the 9 p.m. slot on Colors Marathi. The family audience of Colors Marathi now have another treat to watch in the form of this romantic family drama.