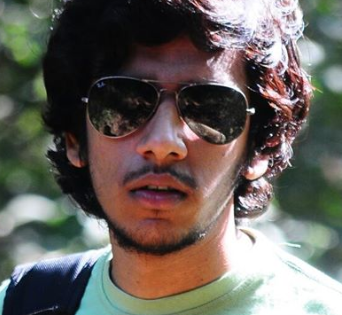 Akshay has a natural knack for acting and comedy which drove him to the acting business where he has now got his foot hold. Starting from small roles, Akshay has now started bagging potential roles in films.

The movie Bhagtos Ka Mujra Kar is directed by Hemant Dhone, who is an actor turned director. Hemant was Akshay’s co star in the movie Poshter Girl.

With his boy next door looks, Akshay has a charming perk to his comedy and he comes up with a style of his won which  is impressive.

In his short career span, Akshay has worked with many accomplished actors in the industry. In Jaundya Na Balasaheb , he shared screen with Girish Kulkarni, Mohan Joshi, Dilip Prabhavalkar, Reema Lagoo, Vibhavari Deshpande and Balchandra Kadam.

In Poshter Girls, Akshay worked with an ensemble cast. He played the role of Ramesh Patil.