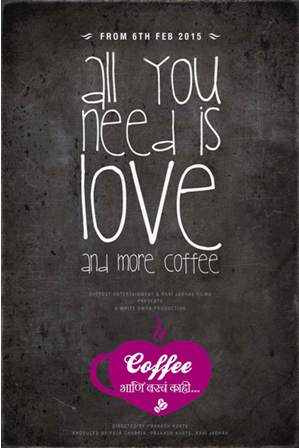 The story is said to revolve around two young people meeting each other and starting to have a special liking. The lead characters in the movie Nishad and Jaai, when meet one another, the audience is provided with comedy of errors. Nishad is the lead hero, while Jaai is the girl, who dreams of being romanced in Bollywood style, whereas, love for Nishad is more of an illusion. He is simply intrigued with the fact as to how people get desperate in love. He finds it quite typical, but what he does not realize is that opposites attracts. For Jaai, falling in love is a simple process. Nishad finds it difficult to mention how wrong Jaai is about him and the love between them which according to him does not exist. But, with different circumstances taking place, he ultimately gives in to ‘love’. When it comes to proposing his love for her, Nishad feels that it is mutually present. Hence, even after liking one another, both are stubborn stick to their individual opinions, until an incident takes place, which puts them in a corner and needs both to take a tough and final decision. Are they able to meet and rejoice in the end or simply part ways due to compulsion, is something for audience to know after going to watch the movie.

It is undoubtedly a romantic movie having plenty of interesting twists and turns.