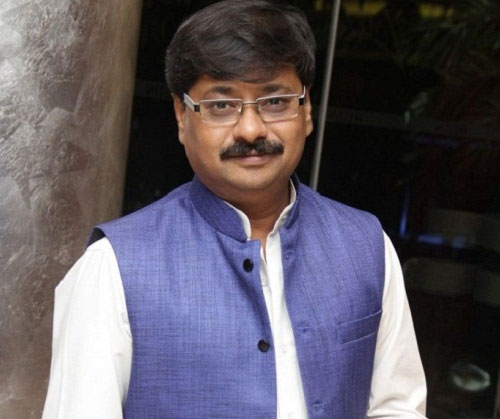 Chandrakant kulkarani is well known himself as an Indian director, script writer, and  actor associated with Marathi theatre film. He is very appreciated and very popular for his work for directing the plays “Wada Chirebandi”, Dhyanimani, Gandhi Virudh Gandhi and most recently the remake of “Hamida baichi Kothi”.

This public figure was born in the year 1963. He married to the film actress Sonali Kulkarani and they lived in relationship for  a short period and then after they got divorced.

As a aspiring and having strong dream in his mind he came to Mumbai to work in the entertainment industry. Then after he worked on various plays in various character and then he himself directed an eight-hour-long trilogy play wadachirebandi which was written by Mahesh Elkunchwar in the year 1994 and the main thing of it was written in three parts which was distributed among wadachirebedi, magna talyakathi and yuganta. Kulkarani directed it under the production banner of “awishkar” . This was invented by the director Arvind Deshpande and his actress wife named sulabha Deshpande.  In the year 1995 kulkarani directed a play named “dhyanimani” which was written by Prashant dalvi which was later taken by and adapted in hindi after fifteen years and gave it a new shape which is named as “Bas itnasakhwabhai”. This was played by lead role with shefali shah and Kiran karmakar and Vipul shah. The main thing of it was kulkarani directed himself its hindi version.

In the year 1995-96 kulkarani directed another play named”Gandhivirud Gandhi” which was written by Ajit Dalvi. This play was basically based on the forth conflicts between mahatma Gandhi and his eldest son Harilal Gandhi which role was played by veteran actress Bhakti Barve and AtulKulkarani played the role mahatma. By seeing the success and the appreciation of this role play he again directed the hindi version of it. Again the role of brave was played by Seema Biswas in the later hindi version and the after Feroz Abbas Khan directed the English version of it

Then after kulkarani entered into cine industry as an actor. He was seen by doing the role in the Marathi movie named “bangarwadi” in the year 1995 which was directed by Amol palekar based on the 1954 novel. The next film of him was released in the yer2002 named “Bhet”. This movie was purely based on the story that how a mother wants his son when he is living with her ex-husband.

This movie got many appreciation and many awards from Marathi film industry. The two actors in this movie named prateekshalonakr and atulkulkarani was in the lead role and also got many award for this wonderful role. Another movie of him named “kyadyacha Bola” a comedy movie also got many appreciation from the viewers which was released in 2005. His next movie was basically based on a biographical film “Tukaram” on the life of  Varkari saint Tukaram.