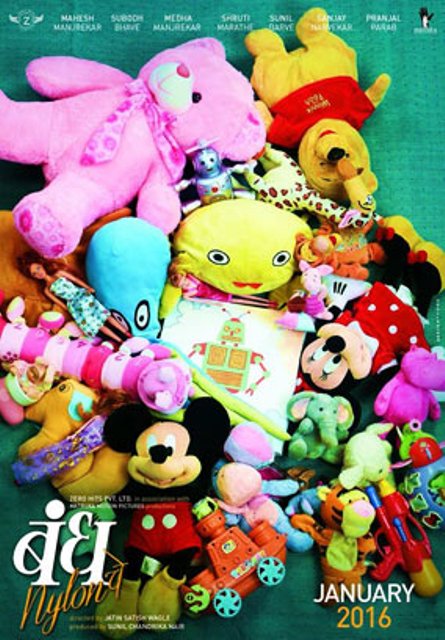 The Marathi film is popular for making high quality film especially in terms of stories and content. This only gives the audience a subtle message but also entertainment. The makers of this film has recently seen releasing the teaser poster of Bandh Nylon Che. The poster seems to be unique in terms of getting the curiosity of the audience in terms of theme of the film. it is directed by Jatin Satish Wagle, while it is produced by the man called Sunil Chandrika Nair under the known banner of Zero Hits Pvt Ltd in association with Matruka Motion Pictures. The film has Mahesh Manjrekar, Medha Manjrekar and Subodh Bhave along with Sunil Barve, Shruti Marathe, Pranjal Parab and Sanjay Narvekar. The film is expected to hit the theatres in January 2016.