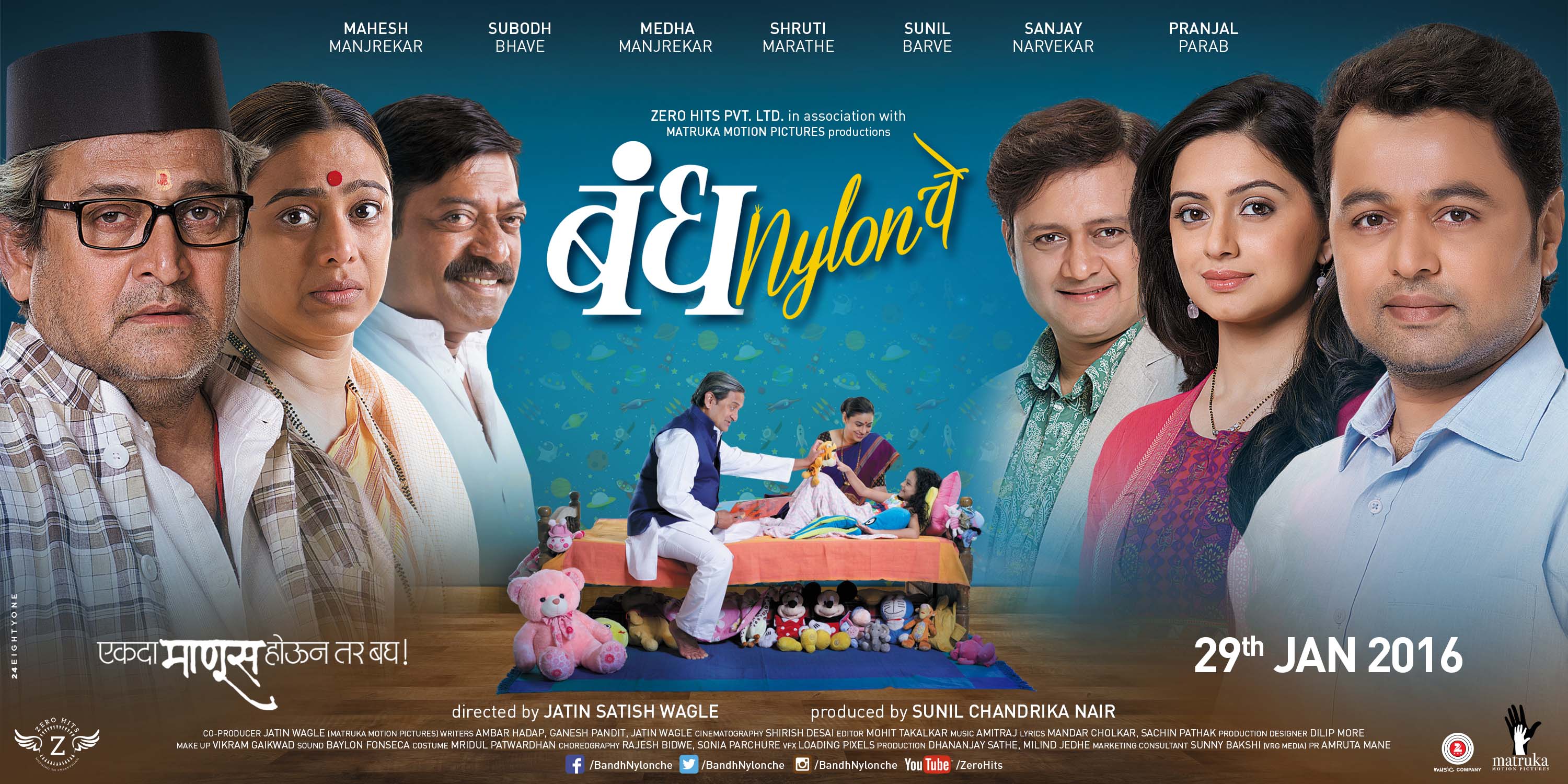 This modern era deals with internet, social media and smartphones, which have been the part and parcel of this modern day youngsters. With ease comes the hassles, and this era has its own challenges and threats to experience. This is the theme of the upcoming Marathi film called Bandh Nylonche, which has become one of the key reasons of many homes in India. The Marathi movie is directed by the man Jatin Wagle who and his team has embarked with its first look poster in the media. This is perhaps the first time when Marathi Cinema has picked up this issue to showcase over the silver screen.

The film portrays the way the film deals with the technological changes taking place in the recent years and the way the social media platforms have had their impact on our lives. The film is produced by Sunil Nair, while it has one of the interesting film casts, which include Mahesh Manjrekar, Sunil Barve, Medha Manjrekar, Shruti Marathe, Sanjay Narvekar, Pranjal Parab, etc. The music of the film is composed by Amitraj and the director of photography is Shirish Desai. The film is releasing on 29th January 2016, now, let’s check its poster and do let us know how you liked it?