Catch the teaser from the Marathi Film – Sangharshyatra 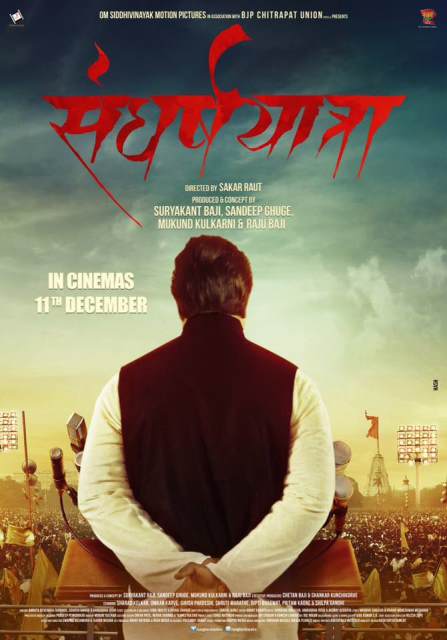 After the release of the poster of the Marathi film – Sangharshyatra, the makers of the movie has now embarked with its teaser. The film has Suryakant Baji, Sandeep Ghuge and Raju Baji in the lead roles, which revolves around the life of the late BJP Leader called Mr. Gopinath Munde. The film is directed by Sakar Saut. The director has showcased his life and his struggle and the way he has embarked over the ladder of success despite being from a downtrodden family. The film is a tribute to the leader, which will be released on 11th December 2016.

If you are still to catch the teaser, better have a look at the same: