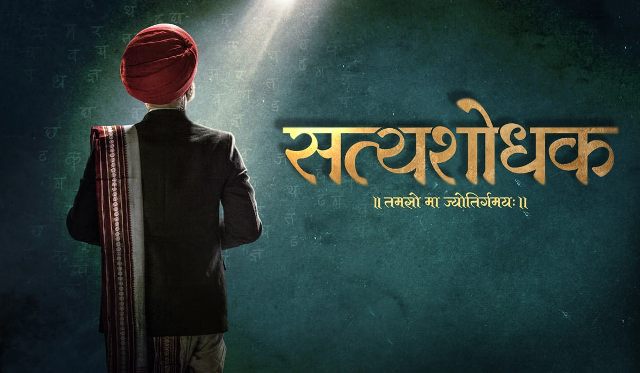 In the Marathi Cinema, biopics are not often a usual phenomenon. However, at times, you can certainly find biopics surfacing. One such movie is Satyashodhak, which is based on the life of Mahatma Jyotiba Phule. This man is known as a social activist and reformer.  The film is produced under the banner of Samata Films, while it is directed and produced by Nilesh Raosaheb Jalamkar, who had the motto in his life to bring out the life of Jyotiba Phule before the common man that prompted him to tread this path.

Sandeep Kulkarni would be playing the central role in the movie wherein he would be seen in the character of Jyotiba Phule. The film is produced by Yogesh Jadhav, while the costume for the film is designed by Sandeep Joshi and the photography is carried out Chandrakant Meher along with the music from Mandar Khare. The social reformer has committed his whole life for education, caste system and people. The film falls under the inspiration category, while the shooting for the same is going to fall on the floor soon. The filmmakers have embarked with its first look poster for the same, have a look at it.