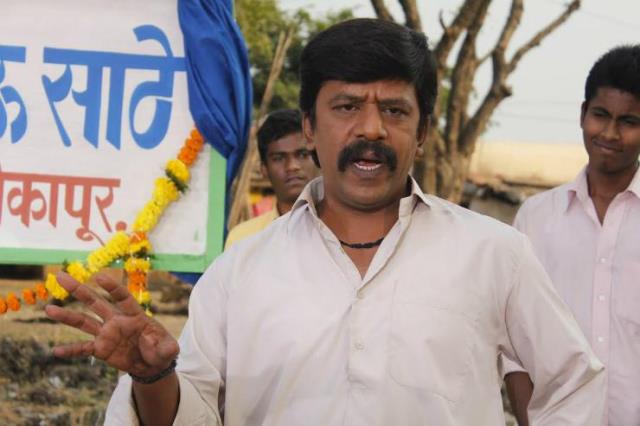 Ramdas Phutane is a known face in Marathi Cinema with award winning performances in filmes like Samna he has now embarked with the other films including Survanta and Sarvasakhi. He is now back after two decades in the role of director of the Marathi movie called Bhagirath Sarpanch, which is produced by Shivkumar Lad. Recently, the filmmakers have embarked with the first look of the film recently giving a wrenching movie that discusses the pertinent issue of our country called the caste reservation.

The film is set in backdrop of rural India wherein a crook is elected in the head of the village owing to the caste reservation basis. He then made a big decision of his life that he would quit the same. The producer is making his debut with this film after getting convinced about the story. The lead roles in the film is played by the actors like Upendra Limaye and Zveena Jamkar, while Dr.Mohan Agashe, Kishore kadam, Swarangi marathe, Savita Malpekar and Uday Lagu is playing the supporting roles  and the script is given by Asaram Lomte while the music is composed by Shahir Sambhaji Bhagat.