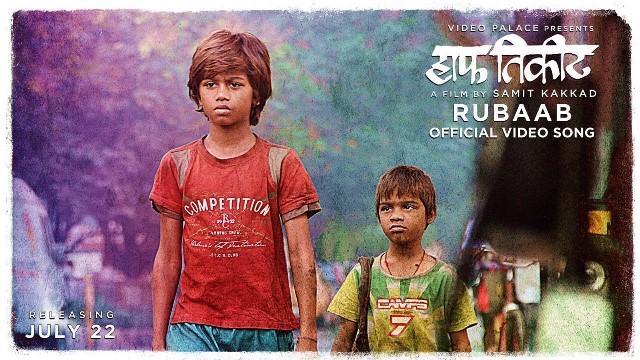 The upcoming Marathi film Half Ticket by Samit Kakkad has been gaining positive responses for the use of vibrant visuals of Mumbai city. The makes of the film have released another song from the movie, and people simply loved to see the two kids in it. The incredible song simply defined the attitude of these two children while they work hard to make money doing pitiful jobs on their own. The song has showcased the conditions of slum kids seen in Mumbai and their positive attitude seen in their hard work and struggle.

The song has the voice of Harshavardhan Waware, while it is composed by a popular Tamil composer called GV Prakash Kumar and the lyrics are being jotted down by Kshitij Patwardhan and the soulful lyrics are known for its amazing composition, which simply makes this song very much interesting. The song of the stars is none other than Shubahm More and Vinayak Potdar. The children in the film look very much cute and innocent. The story of the movie simply revolves around the slum children and their small time dream unlike seen of other actors. The movie is produced by Nanu Jaisinghani, Mohit Jaisinghi and Suresh Jaisinghani, while it is releasing on 22nd July 2016.