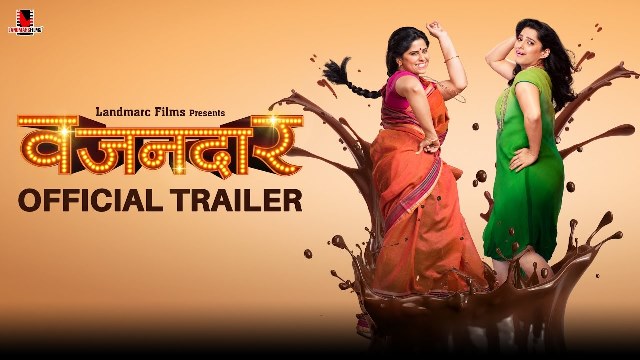 Here comes the much awaited trailer of the Marathi movie Vajandar. As the name suggests, the film revolves around the people with obesity. The lead actors of the film include Priya Bapat and Sai Tamhankar who are playing the key roles in it.

The film has Priya and Sai, while it also has Siddhaarth Chandekar, Chetan CHitnis and Chirag Patil, while the key UPS of the film is the unique theme and fresh look about it. The film is produced under the banner of Ladmarc Films and it is all set to release on 11th of November 2016.

Both the lead actors in the film showcase the problems they face with their obesity and the way their lives get transformed apart from showcasing their on-screen chemistry between the two. If you are still to catch the trailer, how about checking it as under: