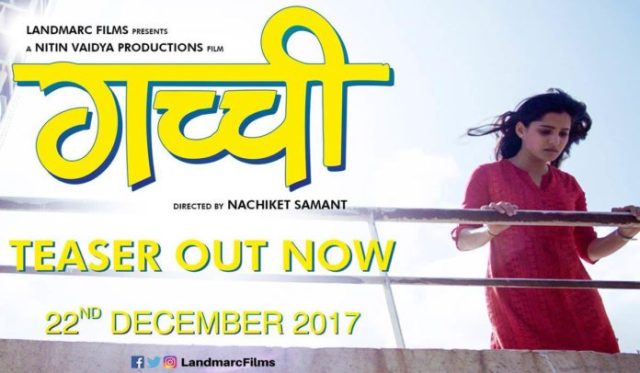 The film ‘Gachhi’ means a silent space on the rooftop of any long building amidst the fast paced city. You can sit here and enjoy your solitude. The film with this title means the same and you would love the content and direction it gives to your life. The film replicate the real human emotions one can bring out while we remain on the ‘Gachhi’. The film is all set ot hit the theatres on 22nd December which is known to be a different film altogether, while the makers have released the teaser of the film, which seems to be interesting now.

The teaser seems interesting, while the movie is directed by Nachiket Samant and it has Priya Bapat and Abhay Mahajan in this film with the lead roles. The characters played by Priya & Abhay will certainly going to excite you a lot about the movie. The story comes from Yogesh Vinayak Joshi,while catching up the exciting teaser you would be desperate to catch the film soon but you gotta wait for the Christmas season to find it hitting the theatres.