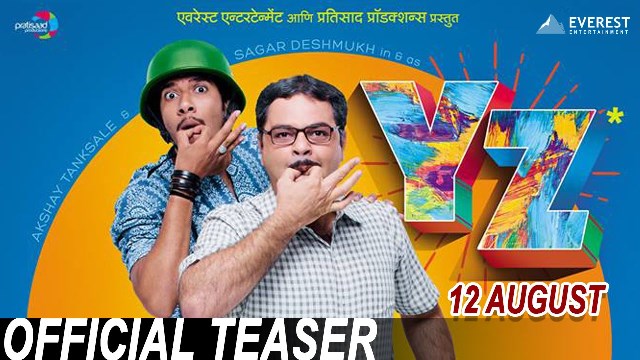 Ever since the Marathi movie YZ was announced, it has been in a constant media attention. Thanks to the interesting name, the film has, which seems too bold and wacky. The makers of the film have finally released the teaser of the movie, which seems to be very much intriguing and interesting.

The teaser is simply very much strange as the title as we check it you find Sagar Deshmukh listening to an Akashwani program at the radio, which solves his query about puberty that adults often have. Soon he is seen bursting up with a wild laugh and is being watched by his sister and mother who then become worried about the same.

Soon you get to see certain vignettes wherein Sai Tamhankar is playing the character of a bride being dressed up like Salim while Parna Pethe is playing his Anarkali and soon the teaser end up with talking about the hidden deep talking about the YZ version. The film is the venture of Sameer Vidhwan and Kshitij Patwardhan who is famed for the film Double Seat. Time to catch the trailer as under: