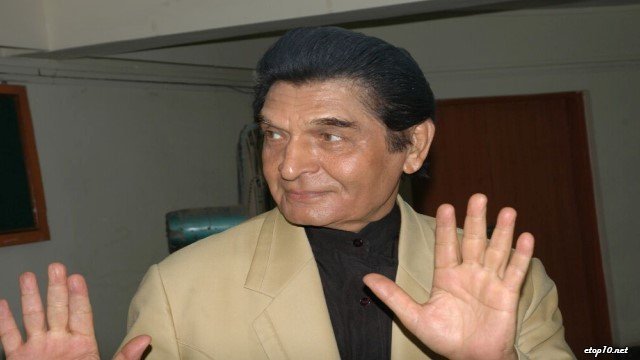 Who doesn’t know the comedian Asrani. He has been working since long right from the famous B Town film Sholay which made his dialogue Hum Angrezon ke Zamaane ke Jailor hai to the current films releasing in the B Town, he seems to have come a long way. Even after reaching at the age of 75, he doesn’t seem to say back and is seen moving ahead with the same passion and spirit. As per the recent buzz, he will be seen in one Marathi film called Family 420, which is produced by Dev Raj and directed by the man called Santosh Gaikwad.

Keeping in mind the image of Asrani before the audience, he has been given the most fitting role in the film, which as per the sources, he liked as well. In fact, he spoke to the media informing about his character in the film, which according to him is a different character, what he has played in the past. And when asked how he manages the toughest thing to make people laugh so easily, he said, he like challenges, which brings him here to do a Marathi movie.

The director of the film seems to be excited about working with the comedian of Bollywood. As per the director, the film is a comedy film with a social message, which will make people laugh along with catching up the message as well. The film has other popular Marathi stars like Sunil Pal, Vijay Kadam, Upasana Singh, Vijay Patkar, Harshada Patil, Swapnil Rakshekhar, Aashish Newalkar, Sukanya Kulkarni and Geeta Nikharge. The film is written by Subodh Nagdeve, while the music is composed by Sushil Pendhari.