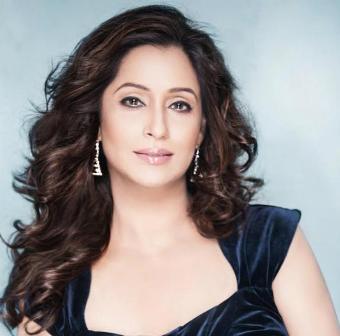 Ashwini Bhave was among the most graceful leading ladies in Hindi cinema in early 1990s. She was cast in many films opposite lead actors such as Akshay Kumar and Saif Ali Khan. She was basically a Marathi actress who worked in both Marathi and Hindi language films till her marriage to a software engineer with whom she settled down in the USA. Ashwini has not been active in the cinema after marriage. In the year 2007, she made a come back with the Marathi film Kadachit.

Ashwini Bhave was born on 7 May 1972 in Maharashtra. In the year 2016, she turned 45 years of age. After being noticed in the TV series Antariksh, she started her acting career with Marathi films Ashi Hi Banwa Banwi  and Kalat Nakalat in the year 1989.  She bagged roles as leading lady from Bollywood for films like Henna, Meera ka Mohan, Sainik , Parampara, Kayda aur Kanoon, Ashaanth, Cheetah, Zakmi Dil, Eka Raja Rani, Yugpurush, Bandhan. She worked with leading Bollywood’s male actors like Rishi Kapoor, Akshay Kumar, Saif Ali Khan, Mithun Chakraborthy. Her Jodi with Akshay Kumar in the films like Sainik became very popular.

In 2007, Ashwini made a come back in Marathi with the film Kadachit. She worked with Sachin Khedekar, Sadashiv Amrapurkar and Tushar Dalvi in this film. Later in the year 2013, she acted in the film Aajcha Divas Majha. The film was a political satire and comedy.