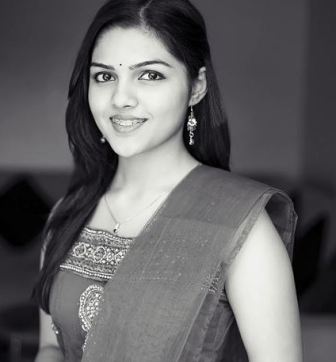 Arya Ambekar is a talented young singer from Pune, Maharashtra. She was born in Nagpur and had her schooling and complete education in the city of Pune. She shot to fame after she received oodles of appreciation in the Marathi talent show Sa Re Ga MA Pa Marathi Little Champs on Zee Marathi. Arya became a singing sensation and she was flooded with offers of singing. Today she has rendered her voice for many Marathi songs and albums and is a sought after singer for stage shows and award function. Arya has received many awards at this young age.

Born on 16 June 1994, Arya is 24 years old. Arya’s father Sameer Ambekar is a doctor and her mother Shruti Ambekar is a vocalist. Arya’s grandmother is also a versatile classical vocalist. It’s no wonder that Arya had a taste for music and singing since young age. She was given training in classical singing from a young age itself which is evident in her singing.

Arya Ambekar has a sweet and charming smile exuding lot of confidence. In Sa Re Ga Ma Pa Marathi Little Champs (2008) Arya was appreciated not only for her singing but also her sweet demeanor that impressed one and all. She was known as the “pretty girl” on the show. She was a huge favorite among all judges and audience. The show was adjudges by veterans like Hariharan, Mahalaxmi Iyer, Shreya Ghoshal. Right after her performance in the reality show, Arya received offers from all quarters and today she has many lovely and melodious sings to her credit.

Arya will soon be seen in a Marathi film named Ti Sadhya Kay Karte. This will be Arya’s debut in acting. The film is directed by Satish Rajwade.

Arya has rendred her voice for songs in Marathi films such as Rama Madhav, Yoddha and  Goshta Tichya Premachi to name and a few.