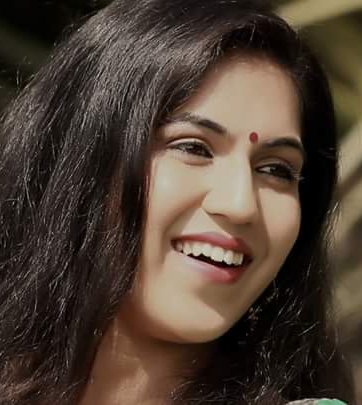 Archana Nipankar is and actress on Marathi Television. She is known for her role in the serial Ka Re Durava. In the serial Archana played the role of a young girl Jui. Archana was born in Nasik on 19 May 1993. She was born and brought up in Nasik before she moved to Mumbai to pursue her career in acting. After the serial got popular on the channel Zee Marathi, the actress was cast in another thrilling new show 100 Days which has the presence of actor Aditya Kothare and Tejaswini Pandit. The show is a crime thriller which is catching up with the audience gradually as the suspense is now building up.

Archana looks gorgeous with her lean slender looks. She is the apt girl next door in Marathi serials. She won hearts with her performance in both the serials Ka Re Durava and 100 Days. Archana is 5 feet 2 inches tall. She was also part of a Nasik based program which promoted talent in music, dance and drama. The program was known as Dhund Hawa and Archana featured in the promotional you tube video for it.

Archana Nipankar is a high spirited young girl who has a very expressive face and natural style of acting. When she is not working, she loves to spend her time listening to music and watching films. She also loves to chill out with her friends and dear one.