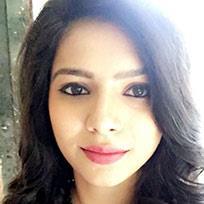 Anagha Atul is an actress who hails from Mumbai and active in both Marathi and Hindi TV and films. She was born in Nashik and brought up in this place and Mumbai. She did her schooling and college from Nashik and later headed to Mumbai to complete her graduation in Mass Communication from the SNDT Women’s University, Mumbai.She has remained active in her school and colleges in cultural activities and wanted to be an actress once she completed her studies.

However, during her struggle period, she got the chance to work as assistant director in films like Kiran Kulkarni vs Kiran Kulkarni and Watsup Lagn. She also got the chance to work in an event management company that dealt with celebrity management.She worked at Filmfare Awards in 2015. Later he got engaged in Kothare Vision working as a brand manager for a year or so. Later she switched to work on the same profile with other groups called Taggers.

In the year 2018, she got the offer from Suyog Productions working as PR Specialist and taking care of several production assignments. Some of the TV shows she has worked include Dil Dosti Dobara and worked in the Sujyog Productions’ show as well. She has also remained the part of a short film called Vimocha and Love Is Dead along with doing a couple of TV commercials as well for brands like Colors, Muktichamak and Nirma to name a few. She likes bike riding, martial arts, and dancing. She is also the part of the TV show called Rang Maza Vegla.