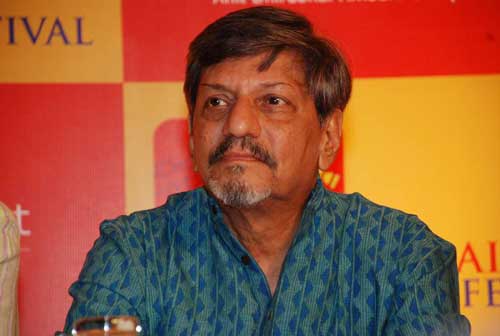 Very few know that Amol Palekar nurtures a painter inside him. The award winning actor- director studied fine arts for his graduation and was an avid painter before he turned to films to make a career. The actor who has a huge fan following for both his commercial and path breaking movies has now decided to evoke the painter in him once again.

Amol Palekar became highly popular with films like Gol Maal, Naram Garam and Chitchor excelling at both comedy and serious, he is a much revered person in the film fraternity. In a recent interview, he opened his heart and admitted that as a young man he preferred painting over films and was an adept painter. He even disclosed his desire to exhibit his works in Mumbai so that his fans can see his paintings as well. After biding goodbye to acting many years back, Palekar turned to film production and came up with films like Thoda Sa Rumani Hojaye and Paheli in Hindi , Quest in English and Samaantar in Marathi .Palekar is not working on any film at present and is willing to indulge in his first passion which is painting. All his fans are awaiting his painting exhibition to have a close look at it.