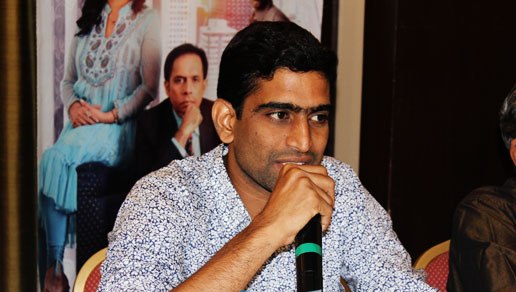 Sandeep Patahk’s play Varhad Nighalay Londonla has received oodles of appreciation from audiences and critics and now the actor is finally to return to television with the show Humma Live . Sandeep who was earlier seen playing a pivotal role in the popular serial Eka Lagnachi Dusri Goshta had taken a break from TV since he was busy with the staging of his drama Varhad Nighalay Londonla across the country. Sandeep stated that his stage shows kept him extremely busy and required him to travel a lot. Sandeep who is highly popular for his comic acts in films like Ek Hazarachi Note has once again committed to TV after a long gap.

Sandeep is elated to return to screen acting and recollected that he has had his best moments while acting on screen. Sandeep has acted in the critically acclaimed film Ek Hazarachi Note which was also a front runner for the Oscar nominations. His comic acts have been highly appreciated by one and all.

In the serial Humma Live that will soon go on air, he is playing a TV channel reporter. He stated that he finds the role interesting and is waiting to see the response of the audience to this new venture of his.